This volume in the Political Theory and Contemporary Philosophy series provides a political and philosophical critique of Zionism. While other nationalisms seem to have adapted to twenty-first century realities and shifting notions of state and nation, Zionism has largely remained tethered to a nineteenth century mentality, including the glorification of the state as the only means of expressing the spirit of the people. These essays, contributed by eminent international thinkers including Slavoj Zizek, Luce Irigaray, Judith Butler, Gianni Vattimo, Walter Mignolo, Marc Ellis, and others, deconstruct the political-metaphysical myths that are the framework for the existence of Israel.Collectively, they offer a multifaceted critique of the metaphysical, theological, and onto-political grounds of the Zionist project and the economic, geopolitical, and cultural outcomes of these foundations. A significant contribution to the debates surrounding the state of Israel today, this groundbreaking work will appeal to anyone interested in political theory, philosophy, Jewish thought, and the Middle East conflict.
RELATED BOOKS 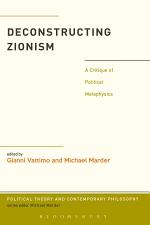 Authors: Gianni Vattimo, Michael Marder
Categories: Political Science
This volume in the Political Theory and Contemporary Philosophy series provides a political and philosophical critique of Zionism. While other nationalisms seem to have adapted to twenty-first century realities and shifting notions of state and nation, Zionism has largely remained tethered to a nineteenth century mentality, including the glorification of the state as the only means of expressing the spirit of the people. These essays, contributed by eminent international thinkers including Slavoj Zizek, Luce Irigaray, Judith Butler, Gianni Vattimo, Walter Mignolo, Marc Ellis, and others, deconstruct the political-metaphysical myths that are the framework for the existence of Israel.Collectively, they offer a multifaceted critique of the metaphysical, theological, and onto-political grounds of the Zionist project and the economic, geopolitical, and cultural outcomes of these foundations. A significant contribution to the debates surrounding the state of Israel today, this groundbreaking work will appeal to anyone interested in political theory, philosophy, Jewish thought, and the Middle East conflict. 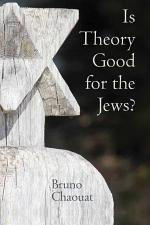 Is Theory Good for the Jews?

Authors: Bruno Chaouat
Categories: History
For at least fifteen years, any keen observer of European society has been aware that antisemitism is no longer a matter of racial theory, nationalism, or exclusion of the 'other.' While in the past antisemites saw Jews as all too modern 'rootless cosmopolitans' (to use Stalin's expression), today's European antisemitism construes them as obsolete precisely because they are attached to their roots, their land, their community, their origin. The Jews are now perceived as a reactionary force that hinders the progress of humankind toward multiculturalism, understood as the peaceful, infinitely enriching coexistence of ethnicities, races, religions, and cultures within the same territory. The antisemite of yore viewed the Jews as an inferior race; today he views them as racist. By looking back to the emergence of a postwar theoretical discourse on trauma, memory, victims, suffering, the Holocaust and the Jews, Is Theory Good for the Jews? explores how 'French thought' is implicated in intellectual, literary and ideological components of the global and local upsurge of antisemitism. The author probes the legacy of Heidegger in France and exposes the shortcomings of radical social critique and postcolonial theory confronted to the challenge of Islamic terrorism and Jew hatred. This book is the first effort to analyze French responses that have regrettably played their part in generating the new antisemitism. 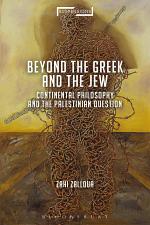 Continental Philosophy and the Palestinian Question

Authors: Zahi Zalloua
Categories: Philosophy
From Sartre to Levinas, continental philosophers have looked to the example of the Jew as the paradigmatic object of and model for ethical inquiry. Levinas, for example, powerfully dedicates his 1974 book Otherwise than Being to the victims of the Holocaust, and turns attention to the state of philosophy after Auschwitz. Such an ethics radically challenges prior notions of autonomy and comprehension-two key ideas for traditional ethical theory and, more generally, the Greek tradition. It seeks to respect the opacity of the other and avoid the dangers of hermeneutic violence. But how does such an ethics of the other translate into real, everyday life? What is at stake in thinking the other as Jew? Is the alterity of the Jew simply a counter to Greek universalism? Is a rhetoric of exceptionalism, with its unavoidable ontological residue, at odds with shifting political realities? Within this paradigm, what then becomes of the Arab or Muslim, the other of the Jew, the other of the other, so to speak? This line of ethical thought-in its desire to bear witness to past suffering and come to terms with subjectivity after Auschwitz-arguably brackets from analysis present operations of power. Would, then, a more sensitive historical approach expose the Palestinian as the other of the Israeli? Here, Zahi Zalloua offers a challenging intervention into how we configure the contemporary. 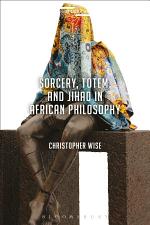 Authors: Christopher Wise
Categories: Philosophy
In this significant new work in African Philosophy, Christopher Wise explores deconstruction's historical indebtedness to Egypto-African civilization and its relevance in Islamicate Africa today. He does so by comparing deconstructive and African thought on the spoken utterance, nothingness, conjuration, the oath or vow, occult sorcery, blood election, violence, circumcision, totemic inscription practices, animal metamorphosis and sacrifice, the Abrahamic, fratricide, and jihad. Situated against the backdrop of the Ansar Dine's recent jihad in Northern Mali, Sorcery, Totem and Jihad in African Philosophy examines the root causes of the conflict and offers insight into the Sahel's ancient, complex, and vibrant civilization. This book also demonstrates the relevance of deconstructive thought in the African setting, especially the writing of the Franco-Algerian philosopher Jacques Derrida. 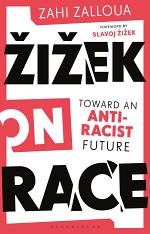 Authors: Zahi Zalloua
Categories: Philosophy
Slavoj Žižek's prolific comments on anti-Semitism, Islamophobia, scapegoating, popular nationalism, the refugee crisis, Eurocentrism, the War on Terror, neocolonialism, global justice, and rioting comprise a dizzying array of thinking. But what can we pull out of his various writings and commentaries on race in the contemporary world? Is there anything approaching a Žižekian philosophy of race? Zahi Zalloua argues here that there is and that the often polemical style of Žižek's pronouncements shouldn't undermine the importance and urgency of his work in this area. Zalloua not only examines Žižek's philosophy of race but addresses the misconceptions that have arisen and some of the perceived shortcomings in his work to date. Žižek on Race also puts Žižek in dialogue with critical race and anti-colonial studies, dwelling on the sparks struck up by this dialogue and the differences, gaps, and absences it points up. Engaging Žižek's singular contribution to the analysis of race and racism, Žižek on Race both patiently interrogates and critically extends his direct comments on the topic, developing more fully the potential of his thought. In a response to the book, Žižek boldly reaffirms his theoretical stance, clarifying further his often difficult-to-work-out positions on some of his more controversial pronouncements. 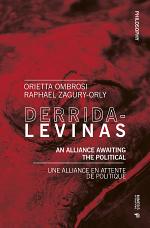 Authors: Orietta Ombrosi, Raphael Zagury-Orly
Categories: Philosophy
Drawing on the relationship between Derrida and Levinas and on the unresolved tension between their philosophical corpuses, this book aims to offer new possible interpretations on the future of democracy. What philosophical and political ideals can emerge from a parallel reading of these two acclaimed thinkers, and from their ‘philosophical alliance’? This volume attempts to re-imagine and to re-engage the realm of politics, by offering new perspectives on the multiple crises that traverse the contemporary age. 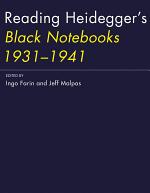 Authors: Ingo Farin, Jeff Malpas
Categories: Philosophy
Heidegger scholars consider the philosopher's recently published notebooks, including the issues of Heidegger's Nazism and anti-Semitism. For more than forty years, the philosopher Martin Heidegger logged ideas and opinions in a series of notebooks, known as the “Black Notebooks” after the black oilcloth booklets into which he first transcribed his thoughts. In 2014, the notebooks from 1931 to 1941 were published, sparking immediate controversy. It has long been acknowledged that Heidegger was an enthusiastic supporter of the Nazi Party in the early 1930s. But the notebooks contain a number of anti-Semitic passages—often referring to the stereotype of “World-Jewry”—written even after Heidegger became disenchanted with the Nazis themselves. Reactions from the scholarly community have ranged from dismissal of the significance of these passages to claims that the anti-Semitism in them contaminates all of Heidegger's work. This volume offers the first collection of responses by Heidegger scholars to the publication of the notebooks. In essays commissioned especially for the book, the contributors offer a wide range of views, addressing not only the issues of anti-Semitism and Nazism but also the broader questions that the notebooks raise. Contributors Babette Babich, Andrew Bowie, Steven Crowell, Fred Dallmayr, Donatella Di Cesare, Michael Fagenblat, Ingo Farin, Gregory Fried, Jean Grondin, Karsten Harries, Laurence Paul Hemming, Jeff Malpas, Thomas Rohkrämer, Tracy B. Strong, Peter Trawny, Daniela Vallega-Neu, Friedrich-Wilhelm von Herrmann, Nancy A. Weston, Holger Zaborowski 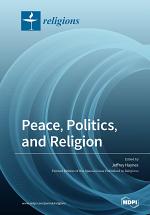 Authors: Jeffrey Haynes
Categories: Social Science
Relationships between peace, politics and religion are often controversial, and sometimes problematic. Religion is a core source of identity for billions of people around the world and it is hardly surprising that sometimes it becomes involved in conflicts. At the same time, we can see religion involved not only in conflict. It is also central to conflict resolution, peace-making and peacebuilding. Religious involvement is often necessary to try to end hatred and differences, frequently central to political conflicts especially, but not only, in the Global South. Evidence shows that religious leaders and faith-based organisations can play constructive roles in helping to end violence, and in some cases, build peace via early warnings of conflict, good offices once conflict has erupted, as well as advocacy, mediation and reconciliation. The chapters of this book highlight that religion can encourage both conflict and peace, through the activities of people individually and collectively imbued with religious ideas and ideals. 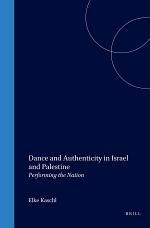 Dance and Authenticity in Israel and Palestine

Authors: Elke Kaschl
Categories: Social Science
Dance and Authenticity is a fascinating parallel ethnography, showing how the ethnography of dance forms contributes to evolving notions of collective national and political identity in a context of unequal power. 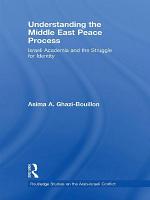 Authors: Asima Ghazi-Bouillon
Categories: Political Science
Tracing the evolution of the Israeli academic debate over history, politics, and collective identity, Understanding the Middle East Peace Process examines the Middle East peace process since Oslo and follows the discursive struggle over Israeli collective identity. Based on interviews with key protagonists, this book gives a detailed analysis of the interrelatedness of academic debate, societal discourse, and collective identity against the background of major political events in Israel. It charts the ascendancy and expansion of post-Zionism, outlines the emergence of neo-Zionism from the political right, and the re-appropriation of Zionism in light of the new political climate of peace-making. Ghazi-Bouillon provides a new perspective on the failure of the New Historians to revolutionize Israeli intellectual life and the failure of post-Zionism to revolutionize Israeli political life, whilst assessing neo-Zionism’s potential to do both. 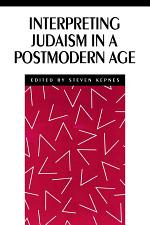 Interpreting Judaism in a Postmodern Age

Authors: Steven Kepnes
Categories: Religion
Twelve Jewish studies scholars interpret Jewish texts from various postmodern critical stances, finding resonances between the theories of interpretation and the texts themselves e.g. "the word" as cosmology in both deconstructionism and the Torah. The papers examine deconstruction and the bible, Talmudic cultural poetics, Kabbalistic Hermeneutics, struggles over the Hebrew canon, postmodernism and the Holocaust, Zionism and post-Zionist discourses, and Jewish feminist identity. Annotation copyright by Book News, Inc., Portland, OR 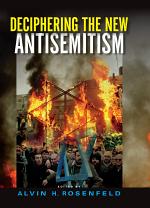 Authors: Alvin H. Rosenfeld
Categories: History
Deciphering the New Antisemitism addresses the increasing prevalence of antisemitism on a global scale. Antisemitism takes on various forms in all parts of the world, and the essays in this wide-ranging volume deal with many of them: European antisemitism, antisemitism and Islamophobia, antisemitism and anti-Zionism, and efforts to demonize and delegitimize Israel. Contributors are an international group of scholars who clarify the cultural, intellectual, political, and religious conditions that give rise to antisemitic words and deeds. These landmark essays are noteworthy for their timeliness and ability to grapple effectively with the serious issues at hand.