Authors: Sharon Malinowski
Categories: Indians of North America
This book opens up the array of tribal ways in the U.S. and Canada past and present. v. i: Northeast and Southeast 2. The great basin and the southwest 3. Arctic, Subarctic, Great plains and plateau 4. California and Pacific Northwest.
Language: en
Pages: 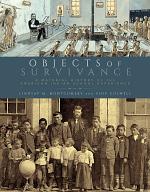 Authors: Lindsay M. Montgomery, Chip Colwell
Categories: Social Science
Between 1893 and 1903, Jesse H. Bratley worked in Indian schools across five reservations in the American West. As a teacher Bratley was charged with forcibly assimilating Native Americans through education. Although tasked with eradicating their culture, Bratley became entranced by it—collecting artifacts and taking glass plate photographs to document the Native America he encountered. Today, the Denver Museum of Nature & Science’s Jesse H. Bratley Collection consists of nearly 500 photographs and 1,000 pottery and basketry pieces, beadwork, weapons, toys, musical instruments, and other objects traced to the S’Klallam, Lakota Sioux, Cheyenne, Arapaho, Havasupai, Hopi, and Seminole peoples. This visual and material archive serves as a lens through which to view a key moment in US history—when Native Americans were sequestered onto reservation lands, forced into unfamiliar labor economies, and attacked for their religious practices. Education, the government hoped, would be the final tool to permanently transform Indigenous bodies through moral instruction in Western dress, foodways, and living habits. Yet Lindsay Montgomery and Chip Colwell posit that Bratley’s collection constitutes “objects of survivance”—things and images that testify not to destruction and loss but to resistance and survival. Interwoven with documents and interviews, Objects of Survivance illuminates how the US government sought to control Native Americans and how Indigenous peoples endured in the face of such oppression. Rejecting the narrative that such objects preserve dying Native cultures, Objects of Survivance reframes the Bratley Collection, showing how tribal members have reconnected to these items, embracing them as part of their past and reclaiming them as part of their contemporary identities. This unique visual and material record of the early American Indian school experience and story of tribal perseverance will be of value to anyone interested in US history, Native American studies, and social justice. Co-published with the Denver Museum of Nature & Science 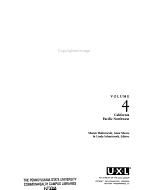 Authors: Sharon Malinowski, Linda Schmittroth
Categories: Juvenile Nonfiction
Provides a cultural chronicle of the Native Americans of the Great Basin and the Southwest, with descriptions of each tribe and entries on history, religion, government, and daily life. 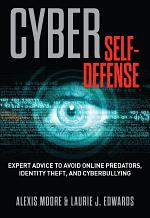 Authors: Alexis Moore, Laurie Edwards
Categories: Computers
Are you in danger of being cyberstalked? Have you been cyberbullied? Outwit your cyberattacker with these clever strategies from former cyberstalking victim, Alexis Moore. As the founder of Survivors in Action, Moore explains how to identify potential cyberattackers and how to recover from a cybercrime if you’ve been attacked. Her indispensable book can help you remain secure and safe in today’s dangerous digital world and take back control of your life.